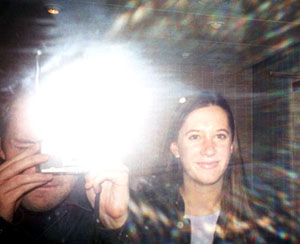 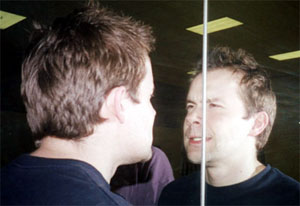 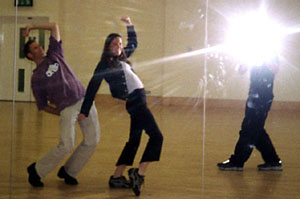 Katy, Tom and Evil Nick werevery bored one day. It was a sunny day and they wanted to play in thegarden. Instead they went to see U571 which sucked really badly and thenthey ate chicken and ponced around in the secret dance studio which theyfound behind the cinema.Katy took a picture of Tom in which Tom looked really fat. He isn't!Really!Tom took a picture of Katy in which she looked really fat. But then, sheis... What are you going to do about it? Eh?We all tried to ignore Nick. But he's a bit like a bad smell really...TomMessage from the Bitch follows:Actually what Tom isn't telling you is that *I* am Evil Nick...this whileKaty thing is a masquerade [no it's not - Tom] before my sex changeoperation... Tom is actually a ten ton blimp who is too big to fit in thepicture. We found this tramp to take his place... Decent pictures tofollow when we have digicam and body doubles...
⇦ go back to that other thing | surprise me | tell me more ⇨